Home » When Was Basketball Invented? 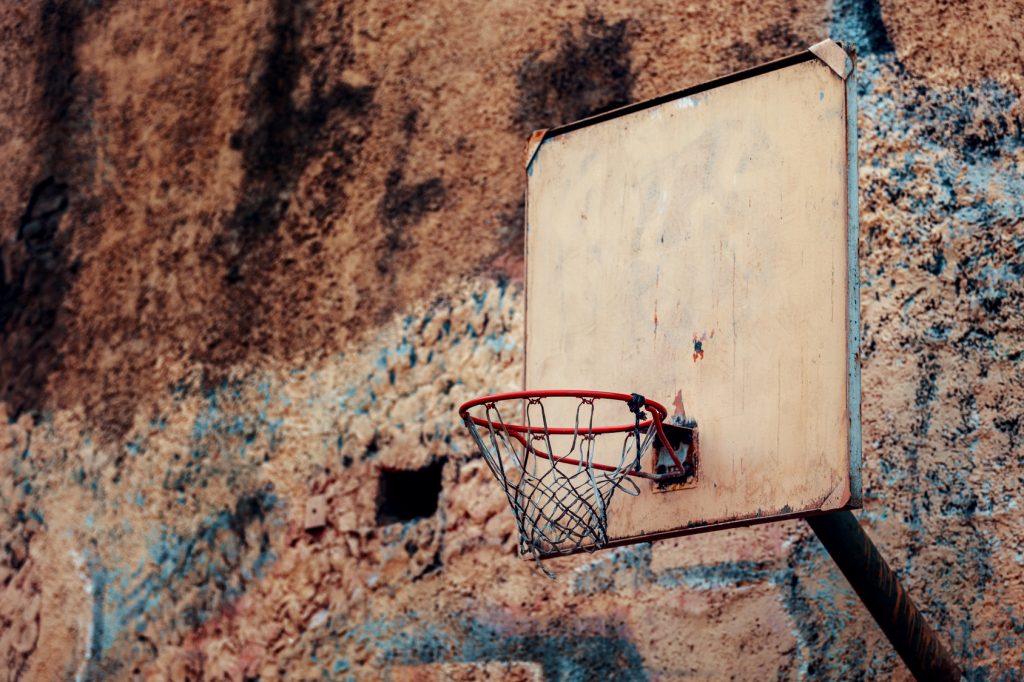 Basketball has remained one of the most popular past times for decades. But when was basketball invented? And who invented it exactly? Basketball didn’t begin with the National Basketball Association, or the NBA, for short. The NBA was founded in 1946, but basketball was already a well-known sport by this time. In fact, it was invented several decades before, it just wasn’t a nationally recognized sport until it became one of the four major sports leagues. Now considered one of the biggest sports in the world, it’s hard to believe it all began in a small gym, decades ago, in Springfield Massachusetts.

When was basketball invented? A young teacher named James Naismith invented basketball way back in the winter of 1891. It was created as a way to occupy students at a college in Springfield Massachusetts, during the winter months when there were no indoor sports to play. Lacrosse and football seasons were over, and the students were in dire need of an indoor sport they could play that would engage them both mentally and physically. Naismith came to the rescue, creating the game of basketball and incorporating characteristics from many other types of sports. He also wrote the thirteen rules of the game, developed the roles for each player and came up with the scoring system and goal design. Over the years, the rules of the game have been tweaked a little, but for the most part, the first thirteen rules created by Naismith remain the same to this day.

The Man Who Started it All

In the late 1800s, most college-aged students played lacrosse or football during the spring and summer. But during the colder months of the year when rain and snow were a problem, moving indoors to the gymnasium, students were left with nothing to do and no way to stay in shape during the winter. That’s where a man named James Naismith and Luther Gulick come in.

In the winter of 1891 in Springfield, Massachusetts, a young gym instructor named James Naismith was leading a class of college students. The class itself was a requirement, but since the football season and the lacrosse season had ended, there weren’t many challenging sports or activities for the young men in the class to partake in, aside from tossing a ball around or running laps in the gym. In those days, there weren’t quite as many physical activities you could do indoors, in terms of team sports. Basically, football and lacrosse were it.

Naismith was just thirty-one years old at the time and had just graduated from a college in Montreal with a degree in theology. But he was also a very active young man and decided to move to Massachusetts to study physical education, which was a relatively new discipline at that time. He studied under Luther Gulick, who was the superintendent of physical education and is known to this day as the father of physical education.

The Role of Luther Gulick

At the time, Naismith was a second-year graduate student. Part of his job was to come up with a type of physical activity that could help his students stay in shape and burn off energy. At this point, he remembered his classes with Luther Gulick, who had at one point introduced a new class in the psychology of play. During class discussions, Gulick had emphasized the need for a new type of indoor physical activity, one that was easy to play and learn and could take the spot of football, indoors, during the winter. But up until this point, none of Gulick’s students or even Gulick himself could come up with an indoor activity that could replace football in the winter. However, since gym time was mandatory, it was up to Naismith to come up with a new sport for his class.

Since the time Gulick had challenged his students to come up with a new activity, two teachers had tried and failed to come up with anything that worked. After these failures, Gulick held a meeting to discuss the issue. During the meeting, Naismith took notes, expressing that the problem didn’t involve the students’ lack of attention so much as the system they were using. The trouble was finding an activity that would appeal to the students’ recreative nature. At the end of this meeting, Gulick appointed Naismith to handle the situation, which, as you can imagine, put quite a lot of pressure on Naismith’s shoulders.

But Naismith proved he was up to the challenge. The goal was to come up with a game that was complex enough to hold the students’ interest, one that was physically challenging, yet easy to assimilate. It also had to be a game several students could participate in at the same time, had to be played indoors, and had to by physically demanding.

Naismith put a lot of work and thought into this new sport. He incorporated a blend of many different types of games into basketball, including soccer, lacrosse, English rugby, and American rugby. He also included a game he used to play as a child. It was called duck on a rock and it involved a goal and the use of a ball.

After writing down his ideas, his next step was to speak with the school janitor. Naismith asked for a couple of eighteen-inch share boxes, which he planned to use as the goals. However, the janitor was fresh out of square boxes, so Naismith had to use a couple of peach baskets. These baskets were nailed to a low rail on a couple of the gym’s balconies. The baskets were placed ten feet off the ground. At each goal, Naismith would position a person to remove the ball from the basketball and throw it back into the game. Three years later the bottoms were removed from the peach baskets, allowing the ball to fall to the floor. 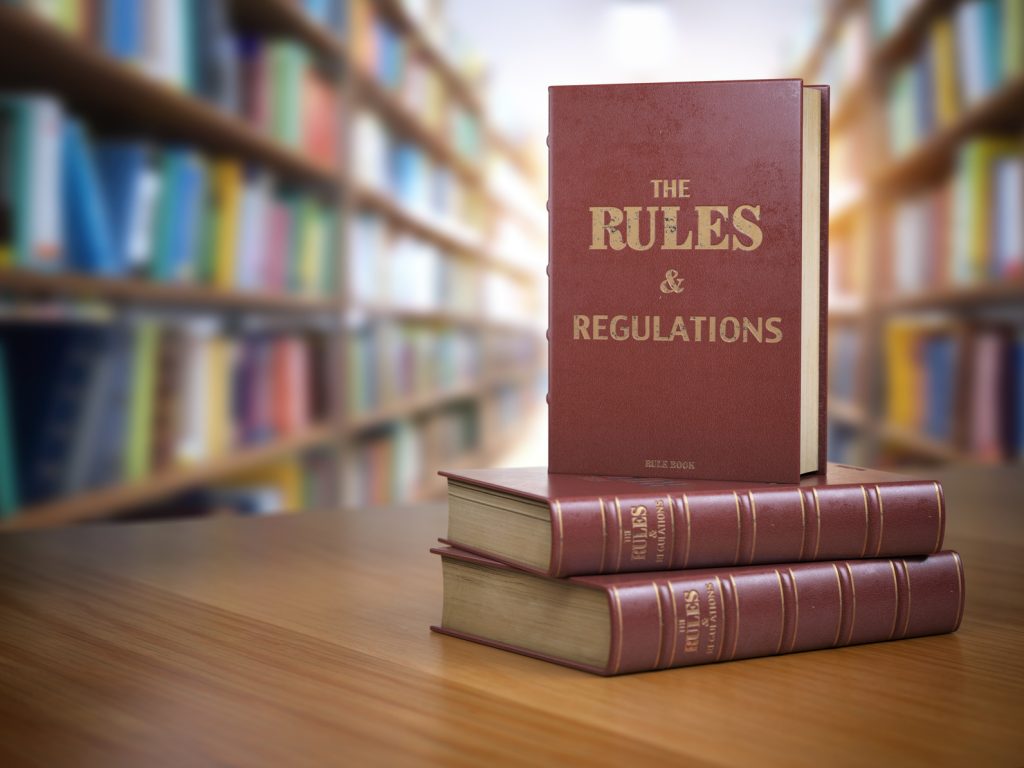 The next step was creating basketball rules. Naismith wrote a total of thirteen rules which detailed the method of the moving ball and what was considered a foul. He added a referee to enforce the rules. The game itself would be broken into a couple of fifteen-minute halves with five minutes of rest in between. The rules were then typed up and put on display for the class. When the class met, the teams were formed. Each team was chosen with three guards per side, three forwards, and three centers. At the first game, a couple of centers met at the middle of the court where Naismith threw the ball in the air and from that point on the game of basketball was created.

Almost from the minute that first indoor game was played, basketball became a hit. A few weeks after the first game, some of the students taught the game to friends at their local YMCA. The rules of the game were also printed in the college’s monthly magazine, which was also mailed to YMCAs all over the country. The school itself consisted of many international students and because of this, the game was quickly introduced to several foreign nations. Colleges and high schools all over the country began to introduce the game. By the year 1905, basketball was recognized officially as a permanent sport and one that took place during the winter months. Over the years, the rules of the game have changed slightly, but for the most part, that list of the first thirteen rules have stayed the same.

What Type of Shoes Will Work for Indoor Games?

If you’re looking for the perfect shoes for games or practice on an indoor court, I recommend the Nike Lebron Soldier XI Men’s Basketball Shoe. These shoes offer better than average ankle support, feature a comfortable sole with plenty of bounce, and won’t mark up the court. The soles are very grippy, giving you the type of traction you need when you’re racing up and down the court, but they also have a reputation for comfort and for their ability to prevent injuries, offering the type of support you need when you’re in the mix. Basically, these are the best men’s basketball shoes for ankle support, so if you’re in need of shoes that are game-worthy, these are it.

How Do I Know What Position To Play?

If you’re new to the game of basketball, then your first step is choosing a position that will work for you, based on your height, weight, skills, shooting accuracy, and how you move on the court. If you’re not sure which position will be the right fit for you, click here to read my article on what basketball position should I play?

Now that you know when was basketball invented, why it was invented, and the man behind it all, you may have more appreciation for how basketball came to be. Over the years, it’s a game that has remained unchanged for the most part, and it continues to be one of the most popular sports in the world.