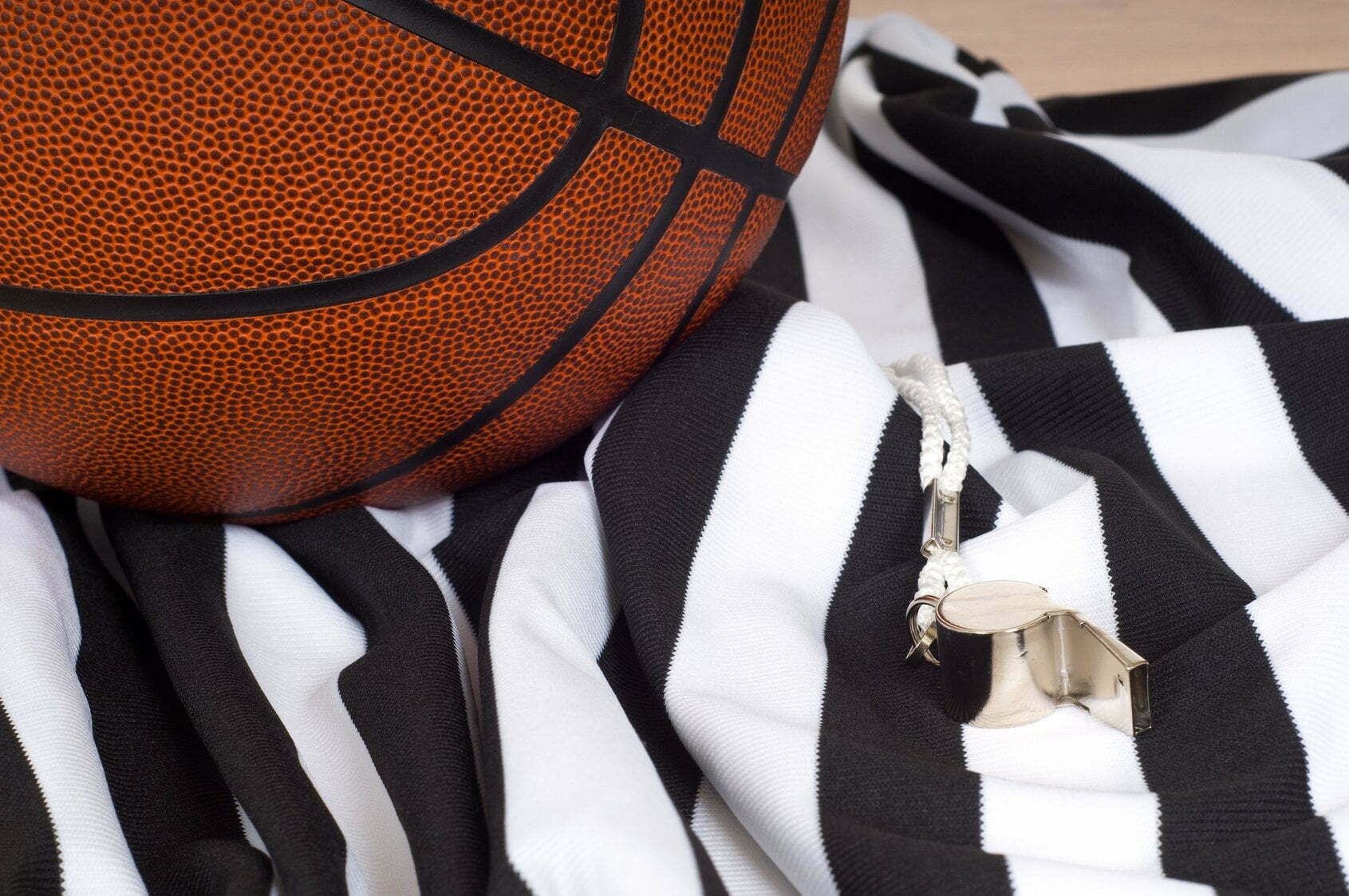 Basketball rules are pretty straightforward. However, for new players, it can be all too easy to forget certain rules. As an example, the three-second rule addresses how long an offensive player can be in the lane before they must clear out. But no one expects you to learn all the rules of the game overnight. Once you have learned all the rules there’s an easy way to ensure you don’t forget them.

Basic basketball rules include learning about the point system, fouls and violations, and the position for each player on the team. For many, learning the rules of the game will take time. In the beginning, it’s important for you to focus on your shooting technique first. Many beginners will learn more about fouls and violations as they play with friends or during practices if the play on a school’s team. If possible, study up on the rules we’ve included here so that you’re more prepared the next time you hit the court.

Basketball is a fun, challenging, and exciting sport, and while it’s true that there are many rules to learn and memorize, you’ll find that over time, you’ll be able to easily recall the rules of the game, the more experience you earn by playing out on the court. Read on to get an in-depth look at the ins and outs of basketball.

Rules of the Game

For decades, basketball has been one of the most popular sports in America, right after football and baseball.

For those of you who are not familiar with basketball, it’s a team sport that involves two teams of five players trying to score on the other team by throwing a ball through a hoop which is located ten feet above the ground. This game is played on a large court, with one hoop placed on each end. The court itself is divided into a couple of sections via the mid-court line. 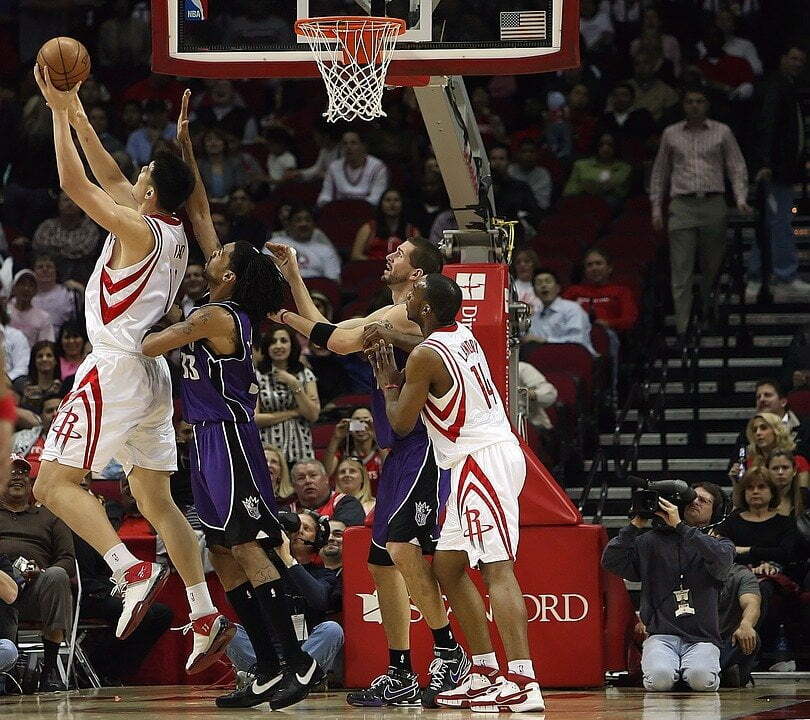 When one team makes a basket they will score two points, then the ball is turned over to the other team. However, not all shots are worth two points. A three-pointer is when a basket is made outside the three point arc. Additionally, free throws are worth one point. These shots are awarded to the team as a result of a foul.

To learn more about fouls and violations, click here to read our article How to Referee A Basketball Game – The Key Points & Rules. 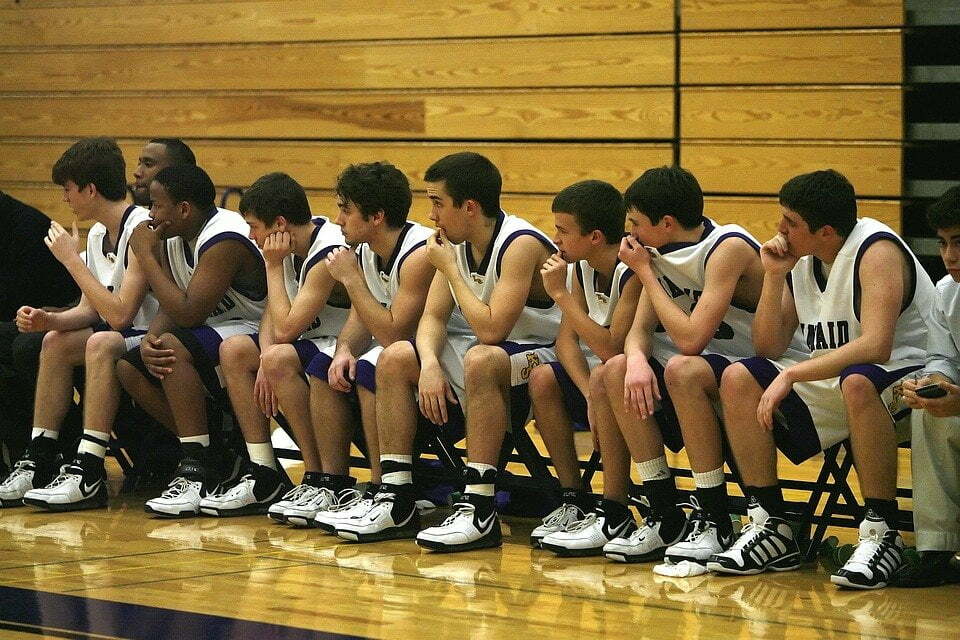 When a player is pulled from the court and another is pulled off the bench, this is called a substitution. This is used to give players who have been playing enough time to rest and recover while allowing players who have been sitting on the bench court time. The coach is allowed to make as many substitutions as they want throughout the duration of the game. They are allowed to substitute their players off and on the court during any dead ball period such as free throws, fouls, and timeouts.

Every basketball fan loves a game with double or even triple overtime, but how does overtime work and are fouls applied to overtime as well?

Additionally, the fouls from the second half of the game will carry over to overtime.

Centers: Commonly, the center is the tallest player, which is why they’re usually placed close to the basket. In an offensive position, the goal of the center is to get open for a pass in order to shoot a basket. They will also be responsible for blocking a defender. In a defensive position, their goal is to prevent their opponent from shooting by blocking passes and shots. They must also focus on rebounds.

Forward: The forward is usually the second tallest player. While the forward may often be placed under the hoop, they will also need to operate in corner areas and in the wings. When in an offensive position, they will need to try and stay open so a teammate can pass them the ball. They will also need to take outside shots and focus on rebounds. In a defensive position, the forward will be responsible for preventing shots and rebounds.

Guards: These players are usually the shortest and are usually the best at dribbling fast and passing. Their job is to bring the ball down the court and set up shots for offensive plays.

Check out some of the best basketball shorts by clicking here!

Which Type of Basketball Hoop is a Good Choice for Beginners?

If you’re looking for a stable, durable basketball hoop for home use, one that’s perfect for both kids and adults, then I recommend the Spalding NBA Portable Basketball System With 54″ Glass Backboard. It’s built tough, affordable, and can handle players of all sizes. To learn more about portable basketball hoops, click here to read our buyer’s guide.

How Do Fouls Work in Basketball?

The fouled team will be awarded a couple of free throws on non-shooting fouls, whether or not the first shot is made, beginning with the tenth foul of a half. A team’s fouls will accrue from the second half on up.

How Often Should I Practice My Shots

This will vary from player to player, but it’s safe to say, the more you practice, the better you’ll be. Remember, while practicing jump shots and layups can always help your game, you should also focus on practicing on the areas you’re weak in, such as three-pointers or free throws. You may even hit each shot when you’re practicing alone but you tend to choke when you’re on the court with other players. If that’s the case, make it a point to practice in your spare time, when the courts are full. Don’t be afraid to challenge a stranger to a game of one on one. The key here is to stay challenged in order to become a better player. It’s what the pros do to keep up their game and it’s what you can do to push yourself to improve.

As you can see, in the game of basketball, there’s a lot to learn. However, with a little time and practice, you’ll find that over the coming weeks, practicing a fun pick-up game between friends can help you to get the hang of this exciting sport in no time.